We had an interesting letter from Francesco Tomei who describes himself as " proud italian owner of the wonderful Brigand 7,50 - Nonnopio." 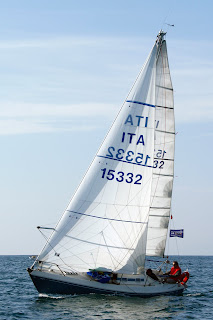 The Brigand was built in Italy by C.I.M.A. shipyard during the 1970's to a design by Charles Nicholson of Camper & Nicholson. Other than several examples for sale Google failed to come up with any more information on the Brigand, it's an interesting connection as I believe that C&N also sold the 303 under license in Italy which was a Ron Holland designed IOR half tonner made infamous by the 1979 Fastnet disaster. 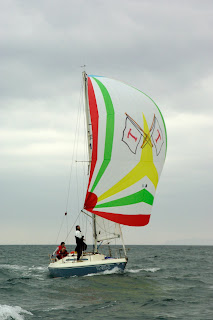 Francesco completely restored Nonnopio in 2006 at his yard in Viareggio, he writes "this amazing little jewel deserve to be on the list of your 1001 boats, and on a good ranking position too! In my opinion, looking at the designer, at the shape and at the marine qualities she could be on the same level of boats like Muscadet and Ecume de Mer." 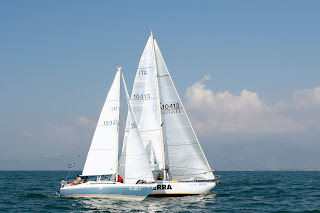 He continues, "these last 2 models are probably much more famous because in France, as well as in Great Britain there is a much deeper and bigger sailing tradition than in Italy.

Brigand really deservse your attention, because she still holds the market very well, as much as the sea itself, in the harbour of my city (Viareggio) there are at least 10 of theese boats, and much more in Italy, and in regatas she often wins against younger and bigger boats.... also in real time."

"with friends or by myself, with any kind of weather She always took me home... ok, I've never faced an hurricane, but I've sailed from Calvi to Capraia Island in 7 hours and 30 minutes with a Mistral at 53 knots, and I've faced the Sea more than one time." 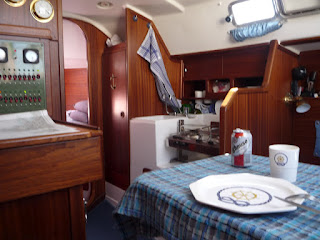 Having sailed the Mediterranean and experienced the sudden force of the Tramontana, a wind similar to the Mistral in the south western parts of France and Spain I know that Francesco's description speaks of a good sea boat. 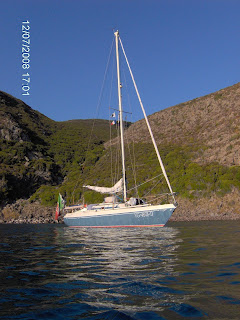 Thanks to Francesco for bringing Brigand to our attention and providing insight about the boat. A Google search doesn't provide much information so if any readers know more about Brigand wed be delighted to hear from you.
Posted by Bursledon Blogger at 05:53