When Naval Architect Peter Ibold launched his Endurance 35 design in response to a competition in 1970, it caused something of a stir, here was a full keel, heavy displacement cruiser, designed and built to go anywhere with a highly practical pilot house and flush deck. The design has been built in many countries, in many different materials and has been stretched over the years to 50 feet or more. 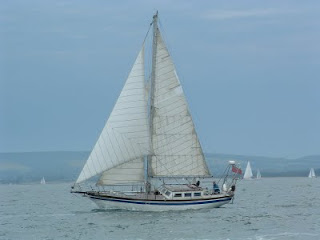 Angelina - Stratimar Endurance 35 in Western Solent
In the UK the design is associated with ferro cement construction, a number of Endurance 35’s were built using this method by Windboats in Norfolk during the 1970’s as were a number of amateur built examples. The endurance has also been built in GRP (fibre glass) including foam cored construction, wood, steel and even aluminium.

Our endurance Angelina was GRP by a French Yard Stratimar who built the design on the Canal de Midi in the south of France. Sadly the Stratimar yard is long closed, but in Spain the Endurance design was built by the Belure yard for many years and in Canada Spencer Yachts also built the 35. 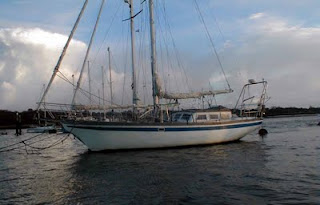 Angelina - Stratimar Endurance 35 on her mooring
Although the basic design is instantly recognisable, there are many differences, both ketch and schooner rig was popular, although I had some correspondence with Peter Ibold the designer who admitted his favorite was the cutter rig as fitted to Angelina.
In England many were built as motor sailors, with an inside steering position in the raised pilot house, while this was practical for cold weather I believe it distracted from the design which was first and foremost a yacht. With heavy displacement/waterline of over 400 the Endurance isn’t especially fast, but in bad weather they will sail to weather in a gale of wind in some comfort, or rather as comfortable as is possible in those conditions. 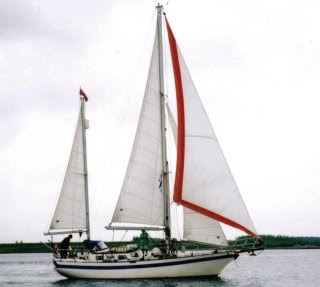 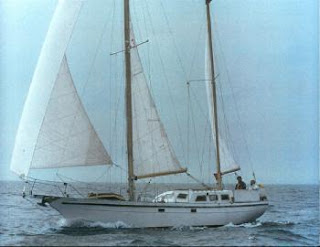 Endurance 40 - the boat scaled well and was good looking

If you need proof of the capability of the Endurance, look no further than Unicornio a Stratimar built Endurance 35 which operated as a charter boat in Patagonia, South Georgia and the Antarctic. 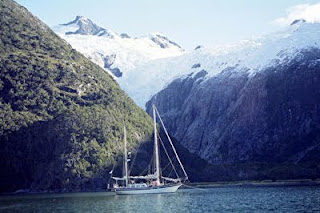