William Atkin's study on the Colin Archer type, the Ingrid 38 has featured on 1001 Boats previously , and as one of my favorite cruising yachts I have no hesitation about a second post, which was prompted by an email from Russ and Carolyn Harper. 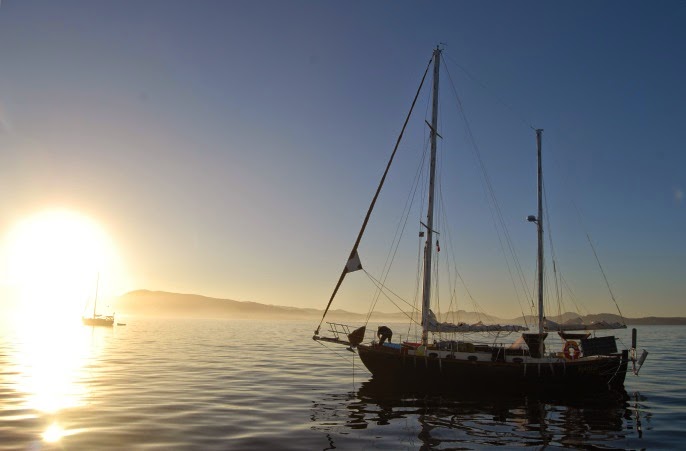 In Russ's own words, "You posted a couple of photos of our boat "Spiritus", which is an Ingrid 38. When you took the photos, we had just purchased her and she was still in very rough condition. We have restored her fully and are now sailing her in Mexico. I would like to offer a couple of photos for your use of her in her current restored condition." 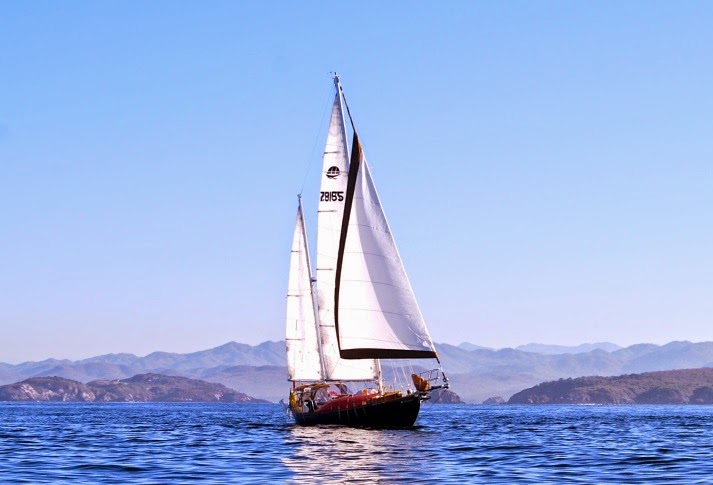 I think we all agree that Spiritus looks fine indeed and especially so under sail in such beautiful surroundings. It's been a few weeks since I received the photo's at the time, Russ and Carolyn were heading to Barra de Navidad  in Mexico, it's well worth visiting their blog for an account of their cruise.

Thanks for getting in touch and sharing your story with us. 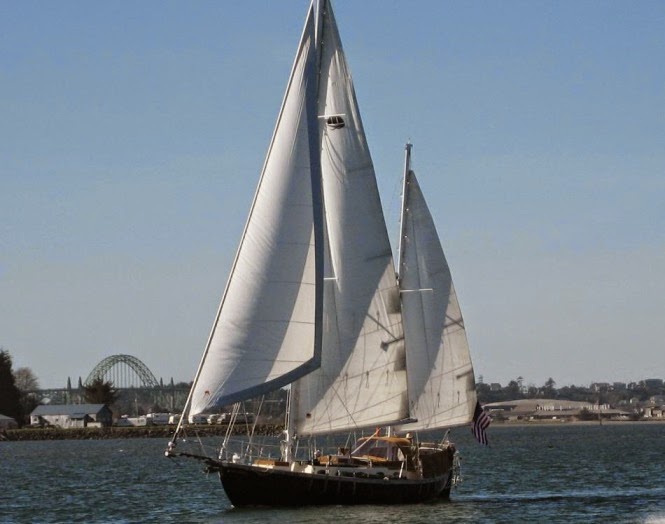