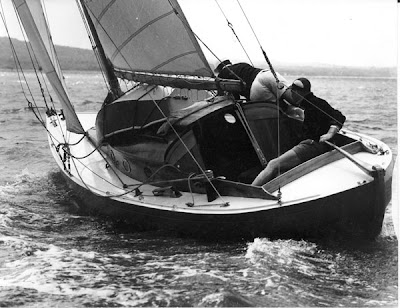 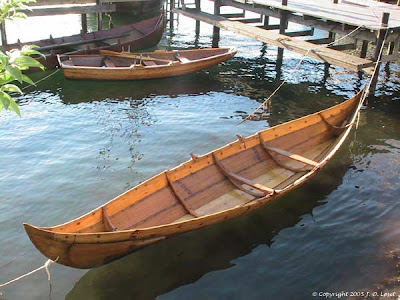 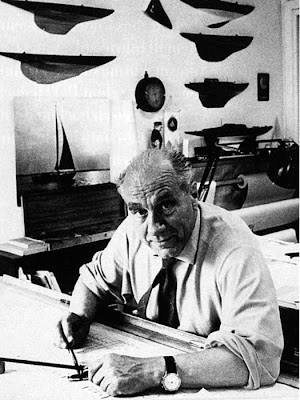 An original Reimers drawing of 'Tumlare' 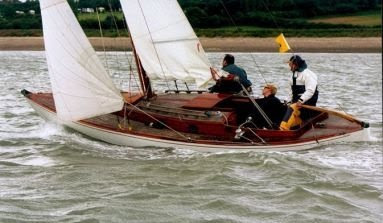 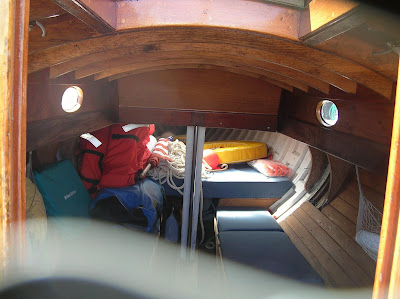 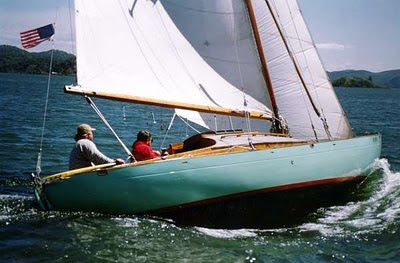 At 10,000 pounds of Nordic pitchpine and steam bent oak frames, Egret shows some power in a breeze. This photo was taken on Clear Lake in Northern California where she served as the testing boat for Penofin's Marine Oil Finish. 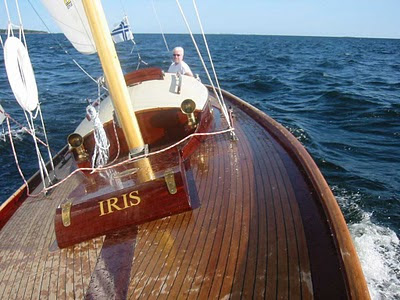 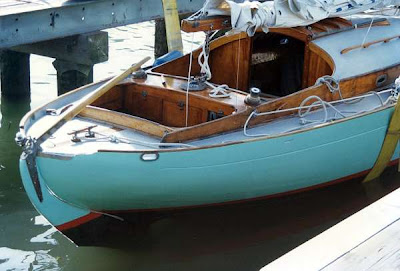 A great photo of her unique double cockpit arrangement that puts the helmsman aft at the tiller, the two jib winches are the only winches on the boat as sails were hauled aloft on their halyards by hand. Beside the winches are the running back stays. See the original compass on the strong back between the two cockpits. A single-cylinder diesel was added in the 1980's. Hidden appropriately under the cockpit and which greatly improved her handiness in tight docking situations. 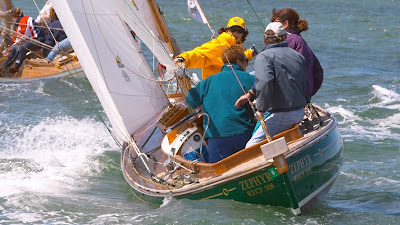 History: Built over a five year period beginning in 1947 by Bob Stevens in his backyard ZEFIR (Swedish for Zephyr) was built as Knud Reimers designed with hot zinc galvanised frames and floors, with well seasoned Jarrah garboards and Queensland Kauri topsides. Three years later after Bob returned from Europe and the USA he found the hull structure in perfect condition to continue ribbing with hot steamed bent intermediate laminated Karri timbers, Spruce deck-beams and cabin and cockpit structures. 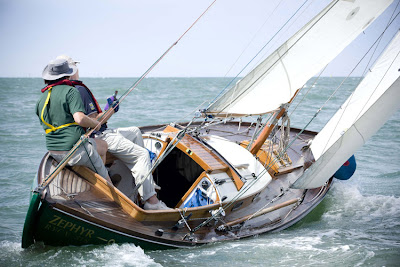 She was raced successfully in Port Adelaide by Bob until the early sixties and one other Adelaide owner then sold to Howard Fox in Melbourne in 1975 when her name was changed to ZEPHYR. As a “cruising” Tumlaren, much heavier than the majority of Tumlaren built in Melbourne and raced from Royal St Kilda Yacht Club (now Royal Victorian Yacht Squadron) Zephyr didn’t feature on the winners list in the very active racing regime of the Tumlaren Association. She was purchased by Kevin Read in 1993 after coming ashore at St Kilda and had two major restorations that replaced the galvanised ribs and floors and completely refurbished the hull and cabin and finished with a laid teak deck. She is now owned and raced by Anne and Karen Batson and is penned at the RYCV Williamstown. 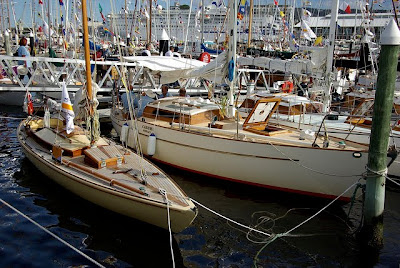 A Tumlaren at the Hobart Wooden boat Festival

Arguably Knud Reimers' 'Tumlare' falls into the very narrowest selection of the most beautiful objects ever designed by the hand of man. Certainly she is the equal of the little Gokstad Faering pictured above (and of which she is undoubtedly a descendant), at least in elegance and seaworthiness, if not in simplicity. Reimers designed her in 1934 as a 20 square meter sloop for racing and cruising. Below are some thoughts on the boat from a couple of admirers.

I have been rereading Lin and Larry Pardey's "Seraffyn's European Adventure" and I came across this description of one of Larry's early boats, a Knud Reimers' Tumlaren, that he raced and cruised when he lived in Vancouver.
When Larry was nineteen he'd fallen in love with a twenty-seven foot Tumlaren class sloop designed by Knud Reimers and called Annalisa. She'd been built by the Kungsor yard near Stockholm in 1948 for the crown prince of Denmark. By taking a bank loan, countersigned by his father, Larry had been able to buy the completely varnished sloop and for five years he raced and cruised her around Vancouver. From the time I met him, two years after he sold Annalisa, Larry had raved about his magnificent sloop. I'd almost grown jealous for Seraffyn as he described the extreme lightweight, scientific construction of the narrow, delicate Tumlaren. Seraffyn is twenty four feet four inches long with a beam of nine feet, and weighs close to eleven thousand pounds. Annalisa, at twenty seven feet on deck, was only six feet and displaced only thirty eight hundred pounds. As we cruised north through Sweden's multitude of islands I came to appreciate the ideas behind the Tumlaren's design. She, like the much better know Folkboat class, had been created for families who had protected waters to sail in. From a hundred fifty miles south of Stockolm north to Finland and east to Helsinki, a stretch of over six hundred miles, there are so many islands and anchorages that there is never a need to be more than four or five miles from land. The islands keep the seas flat with only occasional chop. Tiny villages dot the archipelagos so a family cruiser need carry only a few day's worth of supplies. But the intricate passages around the rocks and islands require boats that are handy to tack and close winded, boats that accelerate quickly to use each puff of wind that whispers around the points and trees. These boats are built light to save money since they can only be used three or four months out of the year. We saw hundreds of them throughout Sweden and Denmark, and many are sailed without engines.

From Classic Yachting:
Tumlaren was once called “The most advanced type of cruiser in the world” by another famous yacht designer, Uffa Fox!
Tumlaren was designed by Knud H Reimers in an attempt to marry the characteristics of a “koster”, longish and narrow, with those of the faster Square Meter Yachts that where very popular in Scandinavia at the time.
Tumlarens characteristics are very easy for, aft and water lines. And the yacht was like so many of Reimers designs designed on diagonals, all on diagonals, all of which cut the sections squarely a technique that makes it easier for the boat builder to do the laying down and fairing up.
The yacht has a sharp bow and a rounded stern that founded the British expression “Tumlaren stern” and other similar nautical expressions.
Tumlaren has an aft cockpit with just enough room to hold a helmsman. The main sheet is attached to a traveler on a wooden strong-back that separates the aft cockpit from the main cockpit. The interior accommodations are very Spartan with full length settee berths port and starboard and a v-berth forward the mast. In total allowing her to sleep four but this is very cramped with today’s measurements of yachts. Aft the port settee is normally equipped with a small alcohol stove and storage lockers. Additional storage lockers are found to starboard.
Tumlaren was also designed and built in a bigger version, the Stor Tumlaren (meaning “Large Tumlaren”) and in total there where more then 600 Tumlaren built.
Knud Reimers Tumlaren can today be found on all the worlds’ continents and in at least 24 countries. In Australia it early became a one design racing class and the building and measurement where adopted to locally availble wood types.
Today Tumlaren are very sought after classic yachts and prices vary from a couple of 100 USD for renovation projects to 30 000USD+ for nice examples.
New built Tumlaren are still available and among others a there is a Finish company named “M-Yachts” who still build them in wood.

More on Knud Reimers here.
Posted by Thomas Armstrong at 04:39