An unusual although no less deserving and interesting boat, sadly neglected was brought to my attention by Tedd Gregg, who kindly sent in these photos and history. 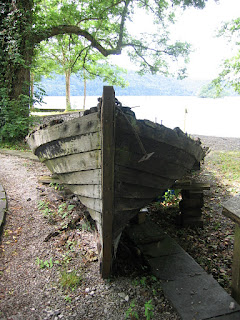 Ted writes, "Lying on the shore of Lake Windermere ajacent to the Steamboat Museum is the Barge Elizabeth . Though now a ruin she is surely worth a mention. 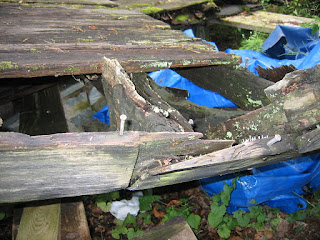 Elizabeth was built in 1839 at Windermere by a local boat builder. She was built for the Coniston Copper Mines Company to transport Copper Ore down the six miles of Lake Coniston. There she would be off loaded and the Ore carted to the nearby estuary to be loaded onto Sailing Ships for the ore refinery in South Wales. 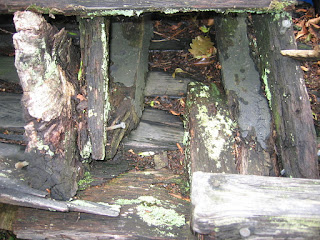 Alas her duties as an ore carryer were short lived, with the coming of the Railway in 1849 Elizabeth became redundant and she lay unused for the next thirty years, until she was purchased and taken back to Lake Windermere in 1880 and put to use as a Sand and Gravel Barge for a number of years . 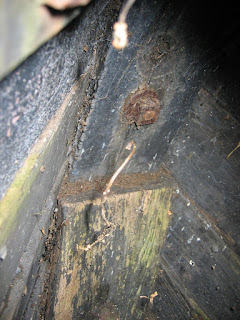 Elizabeth was beached many years ago and is now in a very sorry state but quite unique, she is double ended, of 50 feet in length, with a beam of 12 feet.

The photos were taken by myself and are being used in my endeavours to build a model lookalike on behalf of the Steamboat Museum. 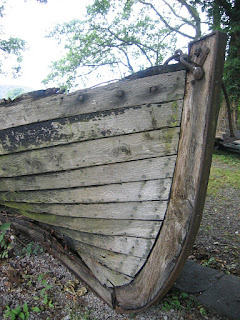 Even in her dilapidated state Elizabeth shows her fine lines and the interesting juxtaposition between the details of her construction and the ravages of nature moving inexorably to reclaim her.
We look forward to seeing Ted's model (a follow up post perhaps)
Posted by Bursledon Blogger at 09:33