Good Intent is a Bawley, another traditional craft from the English east coast.

Typically used to catch whitebait and shrimps in the Thames Estuary the Bawley is characterised by full, but relatively shallow hull lines and a transom stern very similar to that of a Thames barge in shape, giving the Bawley good sail carrying ability. The rig is typically a lose footed main with an almost vertical leech and a large topsail for catching the light airs as they made their way up the Thames. 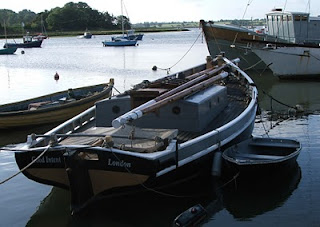 Good Intent was lying at Woodbridge at the top of the River Deben in Suffolk a few years ago when these photographs were taken, even laid up at the quay she looked lovely. 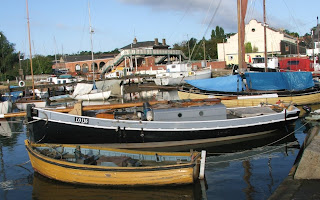 Built in 1860 by Shrubsills of Milton at 36 feet on deck, she is registered as a Lowestoft boat - No. LO136, she fished for sprats and cod under sail until she retired from fishing in 1927. 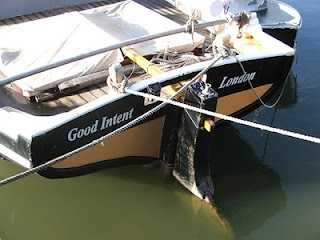