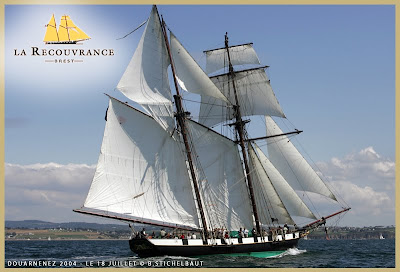 La Recouvrance is named after the historic port area of the naval city of Brest. I'm not sure if the word derives from the French verb recouvrir which might imply the place of safe return of sailors to their families, or recouvrer which can mean to lap planks, as in shiplap boarded houses or in clinker boat building. Either way, the name of this ship tells of its roots in the city to which it literally belongs, and its connection to the seagoing people of the town.

The project was first proposed in 1991 and enthusiastically taken up by the people of the city, who contributed from their own pockets a large part of the cost of building the ship. The rest came from the city council, the Département, the Regional council and from business sponsorship.

In 1991 Chantier du Guip set up a special building yard in Brest, making it as accessible to the public as possible, so that citizens could visit and watch the construction of their ship. The Mayor of Brest symbolically laid the keel on a specially declared “Jour de Fete”. Throughout the build the people of Brest took a keen interest, hundreds visiting the yard to watch the skeleton of timber grow and her 15m long oak planks nailed into place. La Recouvrance was launched, during Brest 92, the city's annual maritime festival week, with great ceremony, a cacophony of ship's foghorns and sirens, cannon fire, and the cheers and whoops of a huge audience of thousands of spectators. 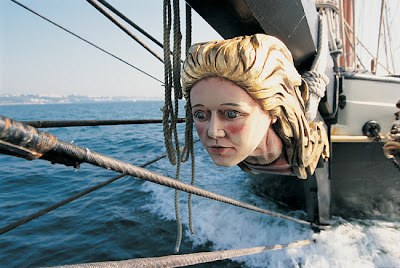 La Recouvrance is a replica “Aviso-goelette”, a fast topsail schooner designed to carry despatches and orders from the mainland to the French fleet.


The Avisos, of which 5 were originally built to the designs of Ingénieur Jean-Baptiste Hubert (1781- 1845), also carried out escort and protection duties for commercial shipping along the coasts of West Africa and in the West Indies. Each vessel had a crew of 50 to 60 men and was armed with 6 or 8 carronades as well as a number of swivel guns.

Rigging and exterior fitting-out was completed in 1993, and the interior finished in the spring of 1996.

La Recouvrance is Brest's own ambassador ship, testifying both to the maritime tradition and to the present-day dynamism of Brest as centre of modern seafaring know-how. She participates in major maritime events on the Biscay and Channel coasts of France, and as far away from home as the North Sea. 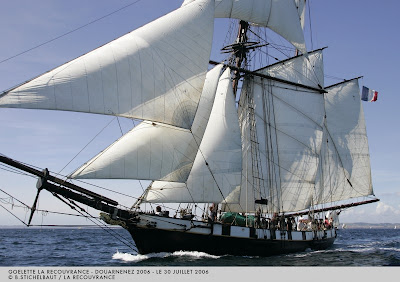 Although La Recouvrance is a Brest ship through and through, and will always belong to the people of Brest, you don't have to be a “Brestois” to enjoy the experience. Anyone can ship aboard La Recouvrance and take part as volunteer crew on one of her voyages. There is a full annual program of cruises and events, even day-sailing opportunities, that are open to applicants who want to learn how these historic ships were sailed and manouevred by the muscle power of their crew.

Better know your drisses from your écoutes before you set foot on the deck, though, or it'll mean a flogging, for sure! 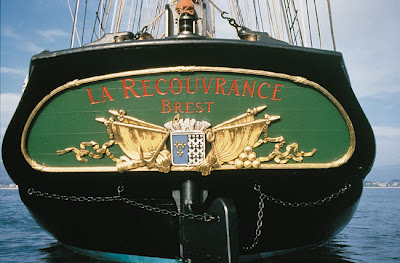