To the south west of Liverpool, the Wirral peninsular forms the northern shore of the estuary to the River Dee. The unique geography created a deep water sea-lake, the Hoyle Lake around which were established fishing communities and safe havens in the protected waters was far back as Roman times.

The Hoylake Sailing Club was established in 1887, in response to the silting up of the river and channel at the turn of the twentieth century the members decided to adopt a shallow draft boat which was suitable for the area. The boat they chose became the Opera Class, a 16 foot gaff rigged clinker boat, based on a design by club member Captain Winchester and built locally by another club member and boat builder Alex Latta. 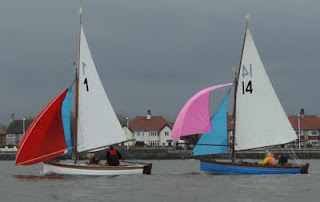 The first race of the Opera Class took place in 1902 and boat numbers quickly grew to 17. The class celebrated it's centenary in 2002 with 14 of the original boats still racing at Holylake Sailing Club, another boat "La Poupee" is on display at the Merseyside Maritime Museum. 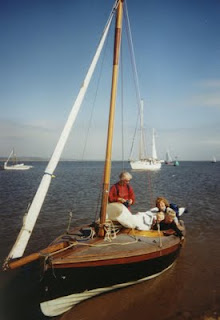 In 1909 one of the class "Orchid" made a voyage to Ardrossan, in Ayrshire, Scotland and then acros the Irish sea to Ballycastle in Northern Ireland, a remarkable voyage for a 16 foot open boat. 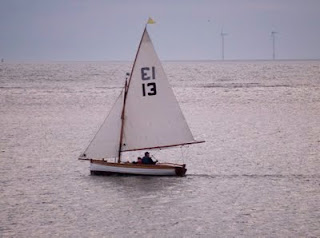 All the photographs are kindly provided by John Hughes who sails his Opera Class Iolanthe, named after the operetta by Gilbert and Sullivan. 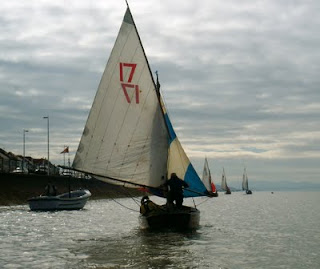