The Fowey River Class is a 14 foot traditional dinghy which is actively sailed in the Cornish harbour town. 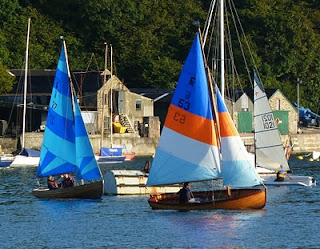 Based on a knockabout day boat by Reg Freeman in the late 1940’s, the design of which was published in Yachting World. In the early 1950’s a local dentist commissioned a boat to be built by Hunkins Boatyard across the river at Polruan, after that the fleet quickly grew and by the mid 1960’s had reached 36 boats. 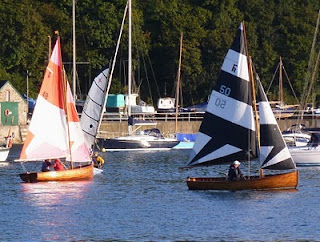 Inevitably with the introduction of modern plastic boats the class declined throughout the 1960’s and 70’s, but there has been a resurgence of interest in the class and several new boats have been built including those by local wooden boat builder Marcus Lewis. 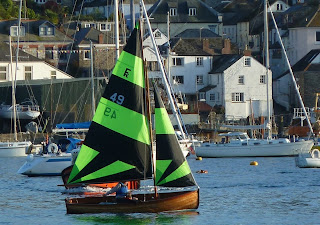 Racing on a evening in the summer, the Fowey River Class make a wonderful sight, their distinctive coloured sails and bright finished hulls look spectacular sailing in the steep wooded estuary. The current popularity of the Fowey River Class can be seen all along the town’s water front where well kept examples swing to their moorings when not sailing. 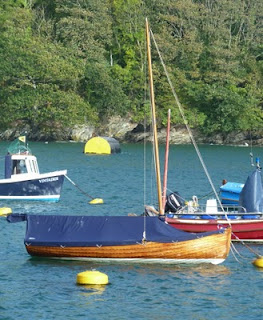 This boat was interesting, it seems to be a FR and certainly the coloured sails and sail number reflect that, but the boat is painted rather than varnished. The planking is also different to other examples, having fewer and broader topside planks and a more pronounced sheer. Whatever her origin she’s certainly a pretty boat. 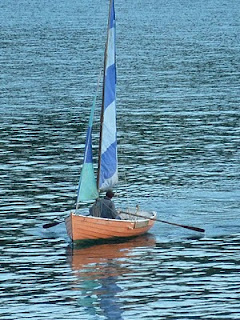