Sally II is the second of the so-called Vertue class, not that the name was given to this Laurent Giles 5 tonner until after the war when she won the Little Ship Club Vertue trophy for an extraordinary voyage in and around the Western Approaches.

Since then Vertues have crossed oceans and circumnavigated a number of times. 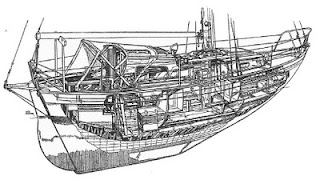 Sally II is in the care of Adrian Morgan who can be found building boats and blogging about boats. he comments "however more modest in her achievements, having circumnavigated the Isle of Wight, (sally has) cruised Brittany and the Western Isles. She is best in a gale of wind..." 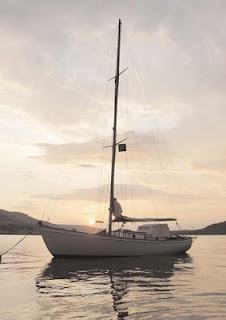 Thanks Adrian she is lovely and we miss her on the Hamble.
Posted by Bursledon Blogger at 17:54