Thanks to Michael AKA Doryman for this sweet little sloop.

Of the many boats that have passed through my life, the one that seemed most alive was a nimble day-sailor designed and built on the Puget Sound in the northwest corner of the US, bordering on Canada. The Senior Knockabout by Blanchard Boat Company was a finely crafted vessel that sailed herself. (The Junior Knockabout was a smaller, open boat, similar hull).

This story was thirty years ago for me and the only picture I have left of that boat has deteriorated with time. Rushwind was a beauty under sail and I think you can see that, even in the old photo. 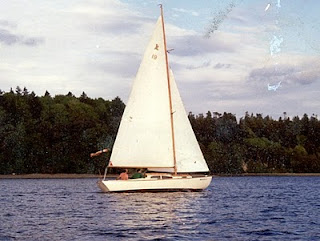 The blue hulled boat is the same model which has been lovingly restored by my friend Tod. He cold-molded cedar over the hull, which I'm not too sure about, but the boat looks like new. I became involved with his project when another friend built Tod a new mast. 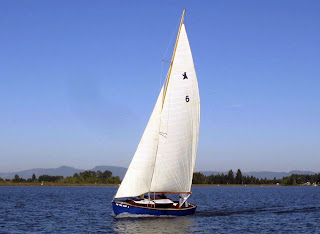 The photos are from the day we launched it for the first time in thirty years, and what a thrill! We forgot to pack the battens, so the roach of the sail is an embarrassment, but she flew wonderfully, none the less. 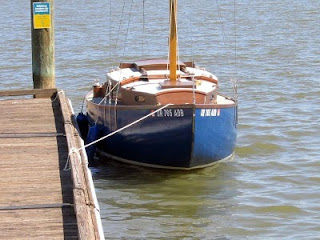 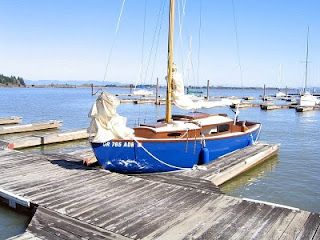 There is an article about that day on Doryman's blog:
Posted by Bursledon Blogger at 22:59