The Bursledon Gig is actually an adopted boat, built in fiber glass from a mould taken from a west country punt, the original boat probably dredging for oysters and doing other inshore work in Carrick Roads, Falmouth. 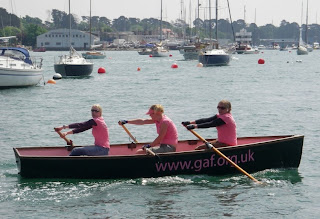 At 15’” LOA with a wide bean of 5'4", the Bursledon Gig is a stable rowing platform as was adopted by the Hamble Sea Scouts and others along the Hampshire River as a safe and versatile boat which can be rowed with up to four crew plus a cox.
With approaching 20 gigs on the river they became a regular fixture at Bursledon Regatta competing for the Sheave Trophy. 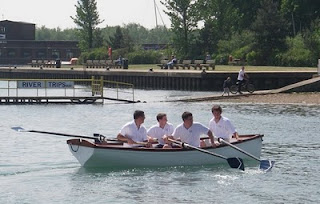 In 2010 Hamble River Rowing was formed to promote rowing on the river, the club now has two new gigs in build and another on order. 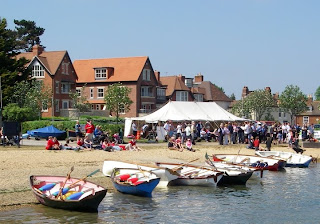