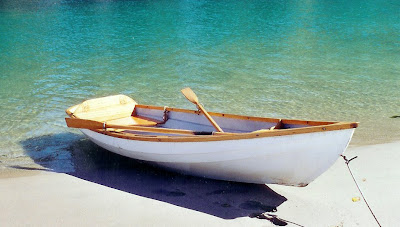 One of my favorite boats was a 13-foot-5-inch Chamberlain dory. It was designed by John Gardner based on dory-builder William Chamberlain's legendary boats. Gardner said of the boat, “For a rowing sea boat, you can't do much better within the 13-foot limit.” I put that to the test many times in the 12 years I owned her and she took care of me every time.

For several years I would row eight miles with the boat loaded with camping and archery equipment to bow hunt elk on an island on the Washington coast. I once rowed into some of the steepest wind chop I've ever seen and she didn't ship a teaspoon of water. I also entered a 11-mile rowing race and and did well even though my boat was the shortest in the race. 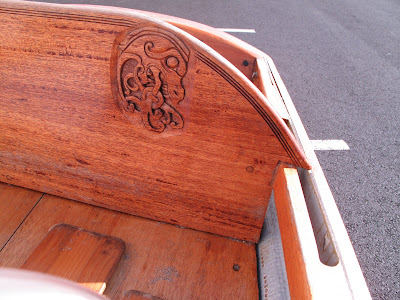 In the first few years I owned her I did a lot of tinkering: I lowered the rowing thwart and the stern seat and reinforced the front thwart to serve double duty as a mast partner. I also added a mast step and made a mast and sprit so I could sail her. I think the best change I made to the boat was to add a carved back rest for the stern seat. It made it more comfortable for the passenger and gave the boat a somewhat more refined look. My wife called it the "princess seat."

The spritsail rig worked well and I decided that rather than complicate a wonderfully simple boat by adding a centerboard and rudder I would sail her peapod style by trailing the lee oar and shifting my weight to steer. It worked well thanks to a shallow, full-length keel that terminated in a generous skeg. The rig even allowed her to go to windward pretty well.

The odd thing about my Chamberlain dory was this: of all my boats, she is the only one that went nameless. It wasn't because I didn't love her, I did, it's just that she didn't come with a name and one never occurred to me. She was always "the Chamberlain dory."